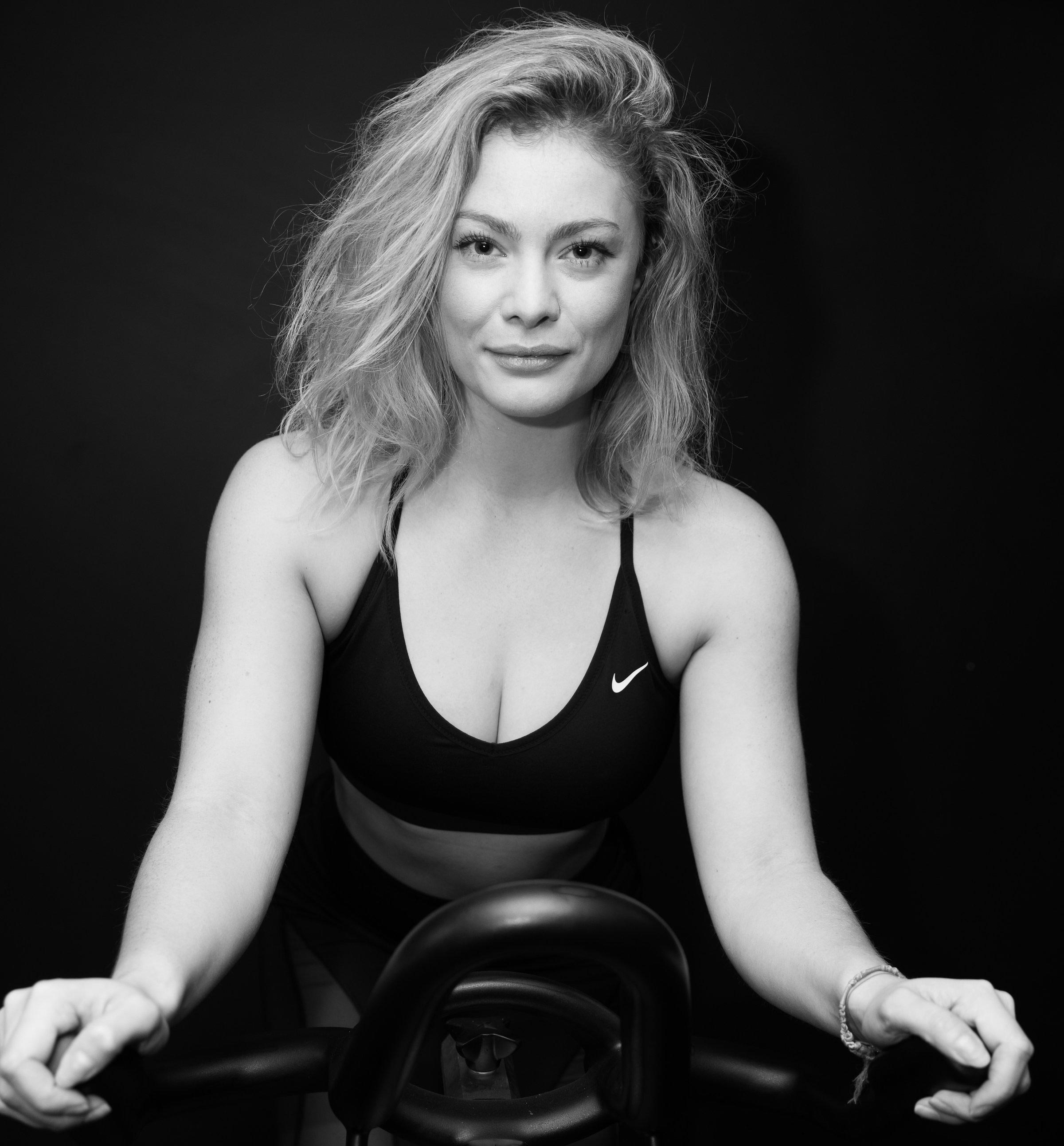 Emma has this amazing energy and passion that she puts into everything she does. She is a giver and a doer being incredibly determined and enthusiastic. She feeds off other peoples energy which gives her an insane boost seeing you all work so hard in her class! So don’t let her down!

A professional actor working on both stage and screen, and with a background in dance, she came into the fitness world as a way to maintain a healthy mind and body in between acting jobs and very quickly fell in love with it! It inspires her to push herself further every time, and gets so much enjoyment from seeing riders in her class pushing themselves to the limit too.

DOGGY STYLE : Expect the unexpected. She loves a Sprint and favours Drum n Bass Music…there’s nothing like the euphoria that you get when the music reaches a drop!
BEAT OF CHOICE : ‘Spitfire’ By The Prodigy
DOG TREAT : She eats way too much Pip n’ Nut Almond Butter for it to actually be considered health…!
DOGHOUSE RULE : Train insane or remain the same!